Patrick is the inventor of Bio-Psychology Therapy. Patrick realised that electromagnetic pollution (also known as EMF or EMS) was making him ill. He found a way to protect  himself, then developed a portable product to protect others. 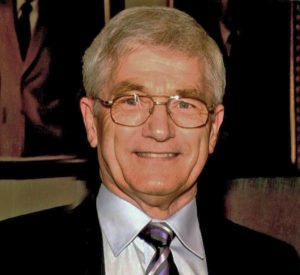 At the age of 40 Patrick developed a mysterious illness which baffled the doctors who prescribed medication that failed to heal him. Patrick ditched the pills and decided to investigate his own health issues. He quickly discovered a considerable health improvement when protecting himself against electromagnetic pollution (Known as EMF or EMS), however whilst he was fully aware how to protect himself against EMF he still needed to perfect a portable device.

It was around this time Patrick met Dr George Yao, who worked for Nasa and was developing specialised devices for the astronaut’s spacesuits. Astronauts are continuously exposed the electromagnetic pollution spending prolonged periods of time enclosed in a metal spacecraft surrounded by electronic equipment. Both Patrick and Dr Yao discussed the same problem, how to get the devices to discharge and recharge for continuous protection.

Six years later Courtaulds decided to move to Morocco, this proved a new point in Patricks direction. Patrick declined to move with the company and set up his own business. He solved the discharge problem and in 2001 was able to Patent his Life-shield invention. The Life Shields consist of thousands of specially designed and processed microcrystals, each with the ability to store energy and to discharge energy at specific frequencies and to discharge any negative scalar energies that influence human cells.

This changed Patricks life and in addition to his extensive research and production of the Life Shields he also trained as a Reflexologist, in Psychology and Hypnotherapy.  At the age of 50 he setup his own practice treating people from all walks of life.

On the 27th May 2006 Patrick received a Civil Knighthood for services to humanity, specifically his work on combating Electromagnetic Pollution. Patrick was made the Knight of the order of St George The Martyr at Rochester Cathedral in Kent.